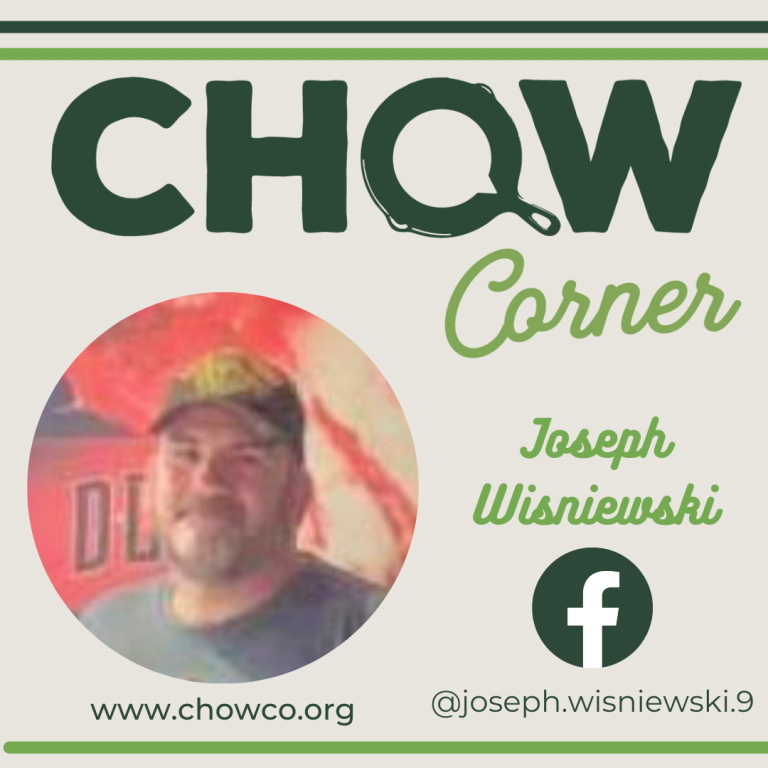 Grew up in Pennsylvania since age of 11

Picture it.  New Jersey, 1995. Me, a fresh faced 20-something beginning my first week of culinary school. My head dizzy from memorizing mother sauces and sanitation laws, knife cuts and standard measures. Most relevant to the story I’m about to share, was my school’s emphasis from day one on the parallels between culinary and military culture.

In today’s restaurant race for more butts in seats and more hands on deck, even a seasoned cook could miss the traits we’ve inherited from our military predecessors; but I couldn’t help but see our exposed roots when I attended the American Culinary Federation’s National Conference. The hallways were thick with chefs, but not all of them in black and white uniforms. Many were in military blues and greens, khakis, and camos.

CHOW hopes that in the coming months, we’ll get to interview either Danielle or Mathew or both. This story, however, is about a different individual who served our country for over 20 years, Chef Joseph Wisniewski CEC, CEPC, CCE.  Joe stopped by CHOW’s booth at the trade show and was generous enough to sit with me for an interview afterwards.

Had I met with him anywhere but the conference, Joe says I’d likely have found him at home, preparing lasagna or his award-winning chili, and listening to Ozzy Osbourne’s tribute album. He might be breaking down some cut of meat with his favorite knife (a simple military blade provided to every cook in the service) on his long butcher block countertop. That is, if he wasn’t out catching up on local gossip while volunteering at the food bank, watching one of his students perfect a salmon dish for competition, or coaching sports.

I didn’t want to only focus on his identity as a Chef or Veteran, because then I’d forget to ask about his most important role… Dad. So, I asked Joe about his family, and what they think of the man their father has become. Uncertain of what they’d have to say about him, his smile said everything necessary about his opinion of his kids. He hopes, as every father does, that he’s prepared them for life, despite all the time he spent at work. He says that if he had to guess, they might describe him as fair, a hard worker, and as imperfect as the next guy.

Joe went on to explain that from a young age, he’s been asking questions about food.  When his mom’s boss took all the bones out of a turkey for a Thanksgiving dinner, he insisted on knowing how it’d been done. Though at times accused by his siblings of simultaneously being a troublemaker AND his mom’s favorite, he knew what he wanted from life. He wanted to join the Army, become a chef, work, retire, and then open a restaurant. That’s just what he did. The motto “Keep it Simple” has guided him along the way.

Joe is somewhat an anomaly in the industry, with 35 years of sobriety. He tutors his students to steer clear or moderate their drinking, recognizing that alcohol doesn’t fix anything. “Bad don’t seem as bad when you remember everything is temporary,” he adds. His advice to chefs struggling with substances is, “Take advantage of any support that is offered to you. If one thing doesn’t work, keep trying. Don’t give up. Your life is more important than any promotion or your friends.”

Despite a betrayal that rocked his kitchen, Joe believes in second chances. Before his restaurant shuttered during the pandemic, he often hired justice involved individuals who may have previously been incarcerated or were in recovery. He is thinking of operating a food truck and may look to hire from that community again. The plan for the next stage of his ‘retirement’ is to work when HE wants to and stay in touch with the guys who’ve had his six for so many years.

His advice to new cooks: “Keep your fingers tucked and turn your pot handles in.”

On the flight home, I realized I was looking forward to next year’s ACF conference in New Orleans. I found myself inspired by all the students, instructors, chefs, and industry or military vets out there trying to keep tradition alive.  After all, there’s comfort found in discipline and consistency, especially with all that’s happened in the last few years.

If anyone reading this is seeking predictability outside the kitchen, why not join us at a weekly CHOW meeting? You can count on feeling understood because we ‘get it.’

The industry is tough. Let’s talk about it.

It’s the Last Friday of October…

It’s the first Friday in November!